I am really confused. I voted with my gut, which told me to vote for Donald Trump. Also my husband is really into Trump and I didn’t know much about the issues, but he seemed like an outsider’s choice and something “different.” And now there are so many posts on social media telling me that I’m a racist. I’m in shock. I’m not a racist! Where did all this come from, and how does it connect to Donald Trump? I’m a good person and I’m really confused.

Here’s the thing. We have two different definitions of racism going on here. In one, you are either burning a cross on someone’s lawn or you are an angel. Under that definition, I imagine you are not a racist.

Okay. And I do believe you are trying to be a good person who probably goes to church and is trying not to do harm. But your idea of what gets you a gold star as a “good person” is up for review. And here’s the thing:

Racism is a big structure (have you seen the movie The Matrix? It’s really good and might help) that keeps things in place so that certain people benefit more than others. To the people who benefit, white people, the system is somehow invisible, because they don’t get most of the trouble that results. To the people who are targeted and described as bad, this system is constantly visible and has real effects in terms of their choices for where they can live, where their kids can go to school, what food they are able to buy, whether they get healthcare or a college education, what jobs they have access to… just about everything.

So if there’s a candidate who makes racist statements and actively threatens people of color and makes their lives more difficult and makes it much more comfortable for Neo-Nazis and hate groups like the KKK to get out in the open, that’s not ok. Yes, Trump also talks about a bunch of other stuff. And I know you thought you could look past the racism because everybody (who’s racist) talks like that. But the people who are concerned about racism see this as a huge deal breaker and very very scary because it is not a joke; it is their actual real lives. Their real lives. Not a video game, not a comedy skit. Their real lives.

In addition, this candidate has promised to do several things (gut healthcare, build a wall, etc. etc.) that will affect people of color even more than they affect white people due to the fact that white people have more wealth and privilege to protect themselves from all of the impact. (And the sexism… that is for another post.)

Back to racism: You didn’t see it as a huge deal breaker, not because you are personally evil (although different philosophers would view this differently), but because you are enmeshed in a system that is racist in nature. When we say we are all racist, this is what we mean. We really can’t not be–especially if we benefit from this set up. That doesn’t mean we are all personally overwhelmingly so evil that all we should do is stare at the wall. It means that racism is an accurate predictor of the actions of our group. We tend to act in racist ways. Thus: 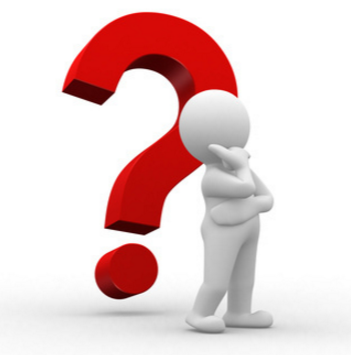 It wasn’t a big deal for you to vote for this candidate because you didn’t have to deal with the real fear and threats that his statements implied. It just wasn’t on your radar. You wanted what you saw as his positive promises of benefits for you, and you didn’t have to worry about his negative comments. But now other people will really have to worry.

So, you have voted for a candidate that supports an active racist agenda and you didn’t know it. Or more likely, you knew it but weren’t really struck by it enough to make the hard choice to go against what other people and your news outlets of choice were telling you. Well, if you are concerned now, I will say it’s a bit late, but there’s always time to make amends. Investigating your own role in a racist system will take time and may be overwhelming if you have not thought about it before. But this is the perfect opportunity to get on the right side of history and to understand exactly why #BlackLivesMatter. Those activists weren’t saying they hated you, only that they hated the racist system in which we are all enmeshed. Do you get it now?

Here’s one easy thing you can do. Google “Donald Trump racist” to see what I’m talking about. Join the NAACP and read stuff on their website. Other stuff will come in time. Get on the right side of history.

With love and an aching heart and an I-mean-it look,