You didn’t get the grant that would have affirmed your talent and promise. You don’t have a book to hold in your hands that would make all this flailing on the page real. You have been immersed in a deep well of inquiry and making, which is sometimes lonely business, and you want to share it for sense of connection it brings, but it’s not ready yet. Some things are deep underground in these dark days, in the process of becoming. Other things out in the world are wicked and wily. To add to the overall sense of doom, the words you love so much are being flung and twisted for the sake of harm, threat, and injury. The world says no.

I have been thinking about ambition, wanting, and rejection—and shame. And I noticed my brain doing something this morning that I had to talk myself out of, so I thought I would share it in case it’s true for others. 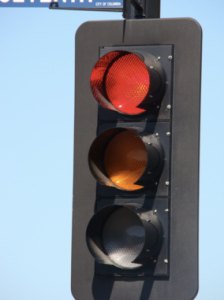 In the aftermath of a “no,” I thought, “Well, maybe I shouldn’t want so much in terms of my work. Why aren’t I satisfied with what I have? Isn’t that ego?”

Then I caught myself, and I realized that it’s very important to distinguish—and draw a firm line—between artistic ambition and your more garden-variety ego.

There’s been lots of good discussion prompted by the work of VIDA and elsewhere about why women and other disadvantaged groups don’t submit their work as tenaciously as others.

This morning I was wondering what it was about wanting, submitting my work, and then failing to be chosen made me feel a little embarrassed or ashamed. There was a kickback sense of “I can’t believe I even tried—what was I thinking?”

I need to contextualize for myself that I’ve had a good run recently with acceptances for publication, promising things happening—but also I have begun to be more wildly ambitious in my submissions, my writing, and so on. That means hearing more “no.”

Not everyone feels ashamed when they hear the word “no.” Not everyone hears in their own heads, “You don’t even deserve to try.” So I wanted to get to the bottom of this.

Here’s my theory. I have in the past been in an abusive domestic situation that had me walking on eggshells for years. As a result of that, I’ve been conditioned to take any negative signal as a sign of danger, as an early warning of personal antipathy. When we talk about women submitting to journals, one of the things we don’t talk about is what trying and sticking one’s neck out can sometimes bring to some women and other groups who are noticed. Hearing “no” has in some lives meant real physical danger. It has meant, “Don’t you even try to do that again.”

So I just want to affirm for myself that of all the spaces in the world that might reject me, my artistic work is not a site of danger. “No” is just a routine like a red light in traffic. It will shift to green. Now it just means “Not this time, but try again.” It really does, and I know this through my work as an editor.

It’s so easy to take a negative situation and turn it on ourselves, to say “What is it about me that makes this happen to me?”

It’s not about you.

But what I really want to say, and to remind myself of, is that wanting is hard work. Sticking one’s neck out can go against individual and generational prohibitions against risk and visibility. When that wanting doesn’t result in affirmation, it can trigger all kinds of feelings and assumptions, including threads in one’s life that have nothing to do with writing—or that have everything to do with what you are writing about, including your hunger to tell untold stories.

As much as possible I want to praise the hunger and the wanting itself. What your work longs for is to connect with others. That wanting is not ego. It’s artistic ambition, and your art deserves that. It’s natural, because art often seeks communication and communion.

Hearing “no” is not a referendum on the quality of the work you submitted. What’s more—and this is possibly even more important—it’s not a signal to stop wanting.

Your want is awesome. It’s a fire you should feed. Today I’m trying to give credit to that wanting. I’m trying to think about how consistently I have created, submitted, and risked despite the obstacles.

The biggest danger we face—both in terms of our communities and in terms of our artistic lives—is shutting down, taking our fear or shame as a road map, assuming that we have nothing to contribute, and closing off our end of the conversation.