The “Free” Workshop as a Substitute for a Reading?

I didn’t mean to fill my schedule up like this, but it looks like I’ll be reading or teaching at a bunch of places this spring, including four libraries and one conference in Connecticut, a panel on memoir at AWP in Seattle and at a reading for Daniel Nester’s Incredible Sestina Anthology, and River Teeth Nonfiction Conference in Ohio. The complete list of events is here along with all the details. 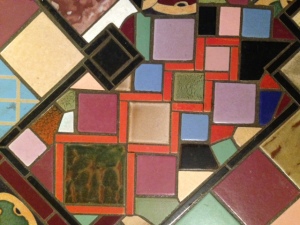 Which Brings Me to a Few Thoughts on Events…

One thing I have learned this winter as I scheduled some of these visits is that it seems to be much easier to get a gig at a library offering your services to teach a free or low-cost craft class than it is to propose a reading to a place that you have no prior relationship.

To back up a few years…When my first book came out, my “tour” consisted of me calling independent bookstores and a few bigger bookstores in towns where I had other events or couches to crash on. It wasn’t big. But even as a not-big tour, it was small. (Oh that lonely Barnes & Noble in Mankato, MN, where I talked with one World-War II aircraft enthusiast for an hour and sold zero books.) That’s par for the course for touring, but now I’m thinking I went about it wrong. My second book, for reasons having to do with personal life and childcare, got no tour to speak of. The middle child….

Anyway, this winter as part of my job with the Fairfield University Low-Residency MFA Program, I quickly scheduled five events at Connecticut libraries, which surprised me because I’d never had that much luck scheduling anything before anywhere. There was frankly more demand than I could meet. The difference? I just offered a workshop instead of a reading. But how much difference is there?

These contacts were initially sent out because of promotional work the Fairfield University MFA is doing in Connecticut, but they were “cold” emails sent to libraries offering our services as faculty. We quickly learned that memoir and creative nonfiction are hot topics with library patrons, so I followed up and offered short workshops on the craft of writing, depending on what the librarians thought would be most interesting to their audiences.

This required almost no saleswomanship at all on my part (which is good, because I don’t have any). It also didn’t require proving that I had a new book out (I don’t.)

One question I have is whether this is low-balling my services as a teacher in the hopes of selling book and/or getting local contacts. To mitigate this, I made a limit (and had to stick to it): I said I’d do an hour “intro” talk or workshop, but I wouldn’t agree to come back unless there was a regular payment attached for teaching.

In the end, I wonder if this ends up being any different than a reading for a little-known author. For a hometown event, it’s best to do a reading, of course. But when I visited the library in Haddam, CT, this fall, a place I knew not a soul, I had an engaged but small workshop which took an hour, most of which was Q& A from the audience on craft and “getting started” questions. In response, I talked extensively about my own writing and experience, and I read a teeny bit from my books. I got a small stipend from the library to cover mileage. And I sold three books, which is not a ton, but if you’re a little-known writer, you know that that’s better than many readings.

Plus, there’s the idea that you’re giving attendees both something they can use and giving them a taste of your own work–so, a double win.

If you’re thinking about doing this in your own area, it’s key to clear in advance if you’re allowed to sell books.

This wasn’t an idea I would have come up with on my own, but I’d love  to hear if anyone else has had good experiences with the “workshop as reading” idea at library or community centers.

P.S.– Wanted to share with you that I’ve had a few pieces published recently online:

And… I think that’s it for now. And there will be an ebook of mine coming out shortly from SheBooks, which is publishing a lot of great work by women as stand-alone ebooks. Pretty exciting.

View all posts by sonyahuber